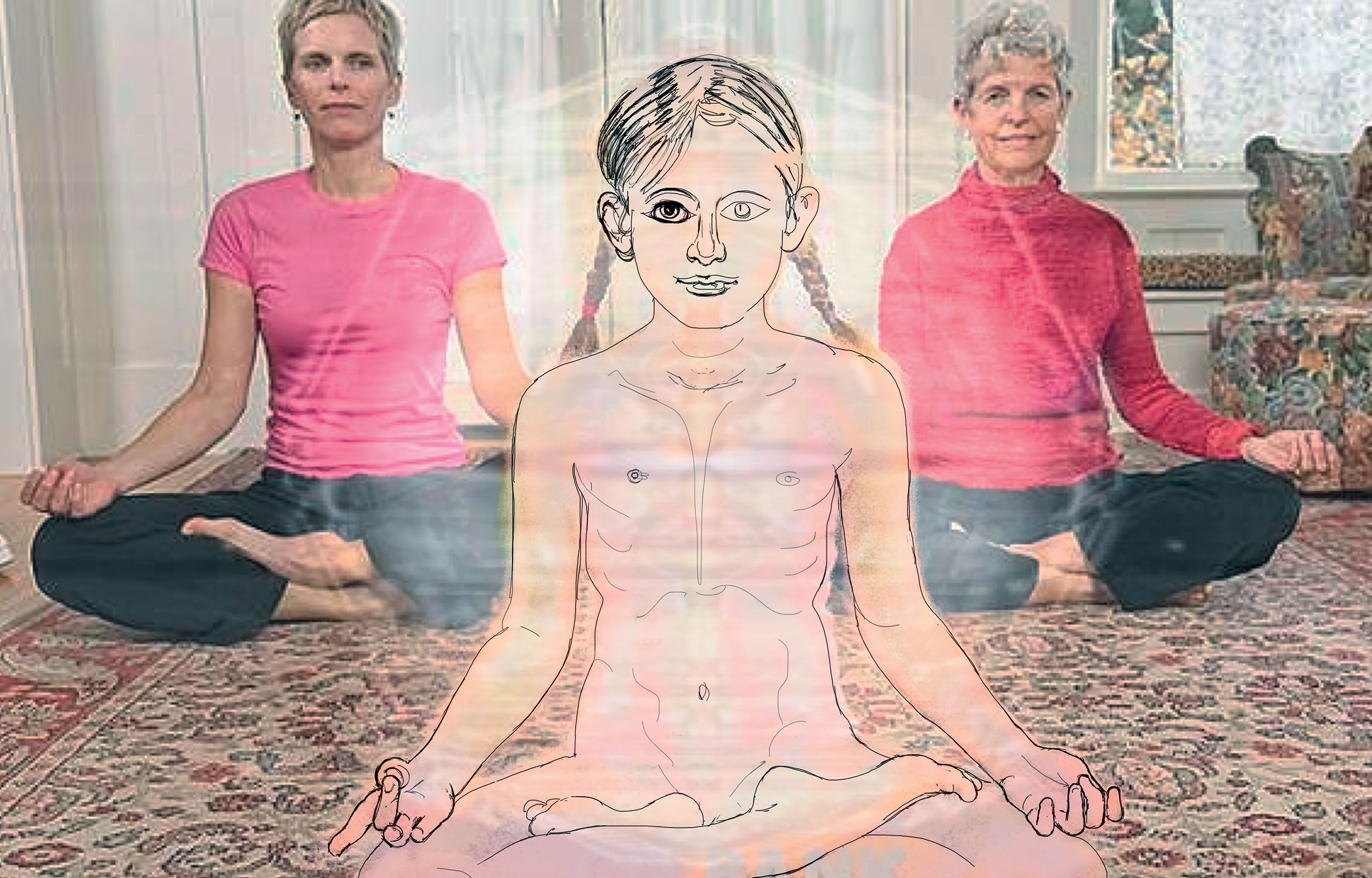 My disinterest in institutional critique probably has the same roots as my indifference to psychoanalysis. Digging into the limits of a given frame seems to me like investing in building a sanctuary for a cynical life. The cynical quest for a shortcut to a virtuous existence is in direct opposition to what the cynics considered the uselessness of philosophical speculation.

It took me time to understand that the quest for relaxation in the Western world has to do not only with the anxiety created by capitalist labor and social structures, but also with the possibility of producing an alternative to the etymological trip that drives methods of critique and psychoanalysis. The images created by analysis to understand the possibilities of changing our future by controlling our past are imposing. All those millions of humans in therapy constitute a sort of human wave, a movement that marks the limit of psychoanalysis. All those millions of humans in different postures on rubber mats—liberating energy, trying to make their minds go blank, listening to their bodies—defy the supremacy of linguistically deconstructed traumas. All those closed eyes, and the voices of yoga instructors trying to find the right tone to insist on remaining still, on controlling breath, on being there, are a collective manifestation of the rejection of the order of the body-mind relationship. 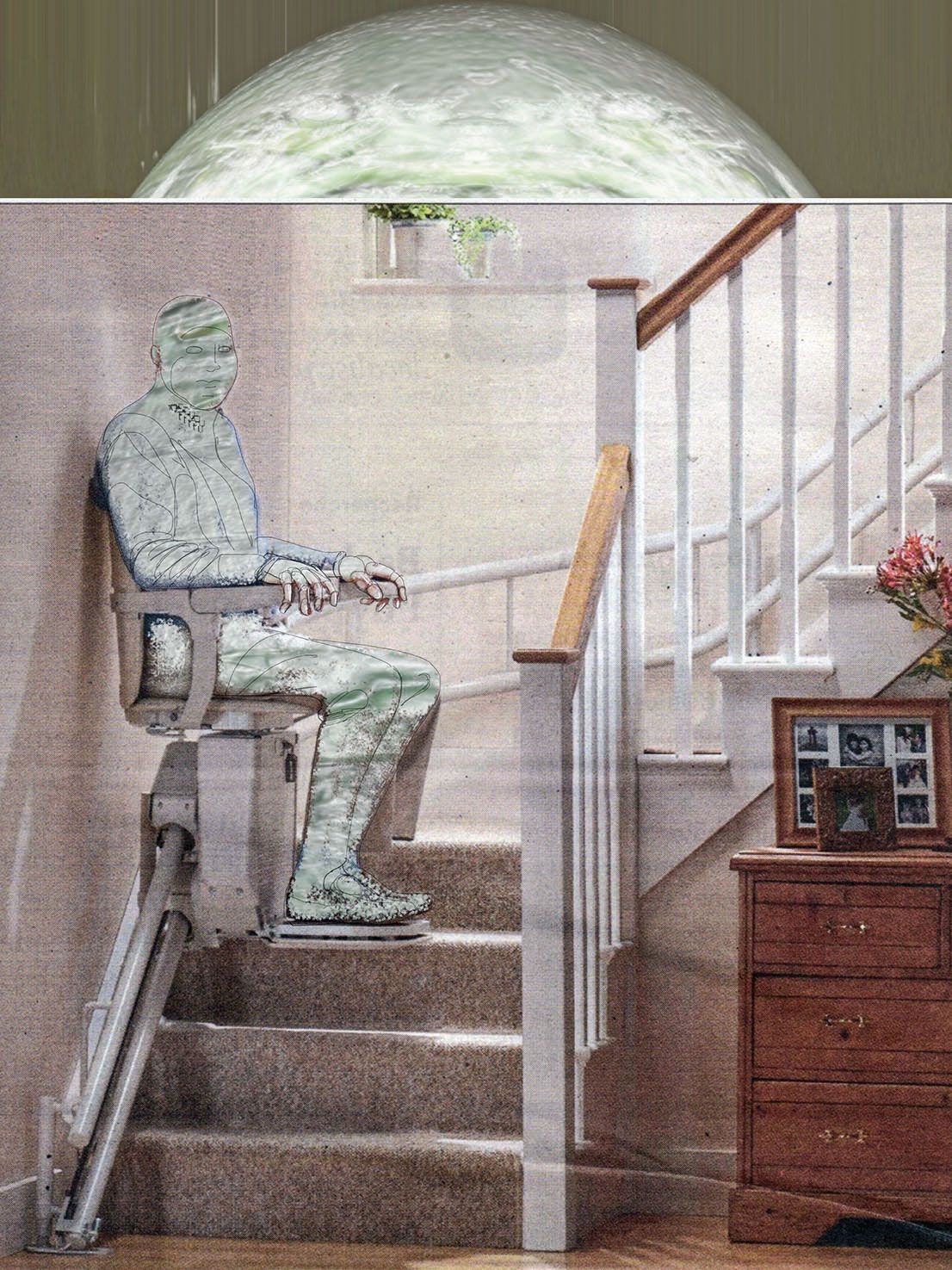 I do think there is a relationship between lovers of institutions and critics, between psychoanalysis and cynicism. This is an observation, not a critique. There is no point in criticizing a method of reading the relationship between memory and the past and its connection to order and space. Institutional critique uses the white cube as its metaphor; Freud used the head as the place to rehearse our memories—our personal collections—and to exhibit what’s possible only in relation to the given, to the past. It is this very classical idea of space—as a temple, as a form that can be seen and described and is contained—that gives both these systems of reading a dogmatic trust in reason, self-sufficiency, and freedom. This trust surrounds the whole problem of the modern thinking apparatus, which is incapable of allowing us to abandon the rehearsal of what we know without losing control. It insists that change is possible only if we take all the undercurrents to a place where there is light, where we can see them, become conscious of them, and consequently act. And it is here, in this insistence, where I see the end of the possible. 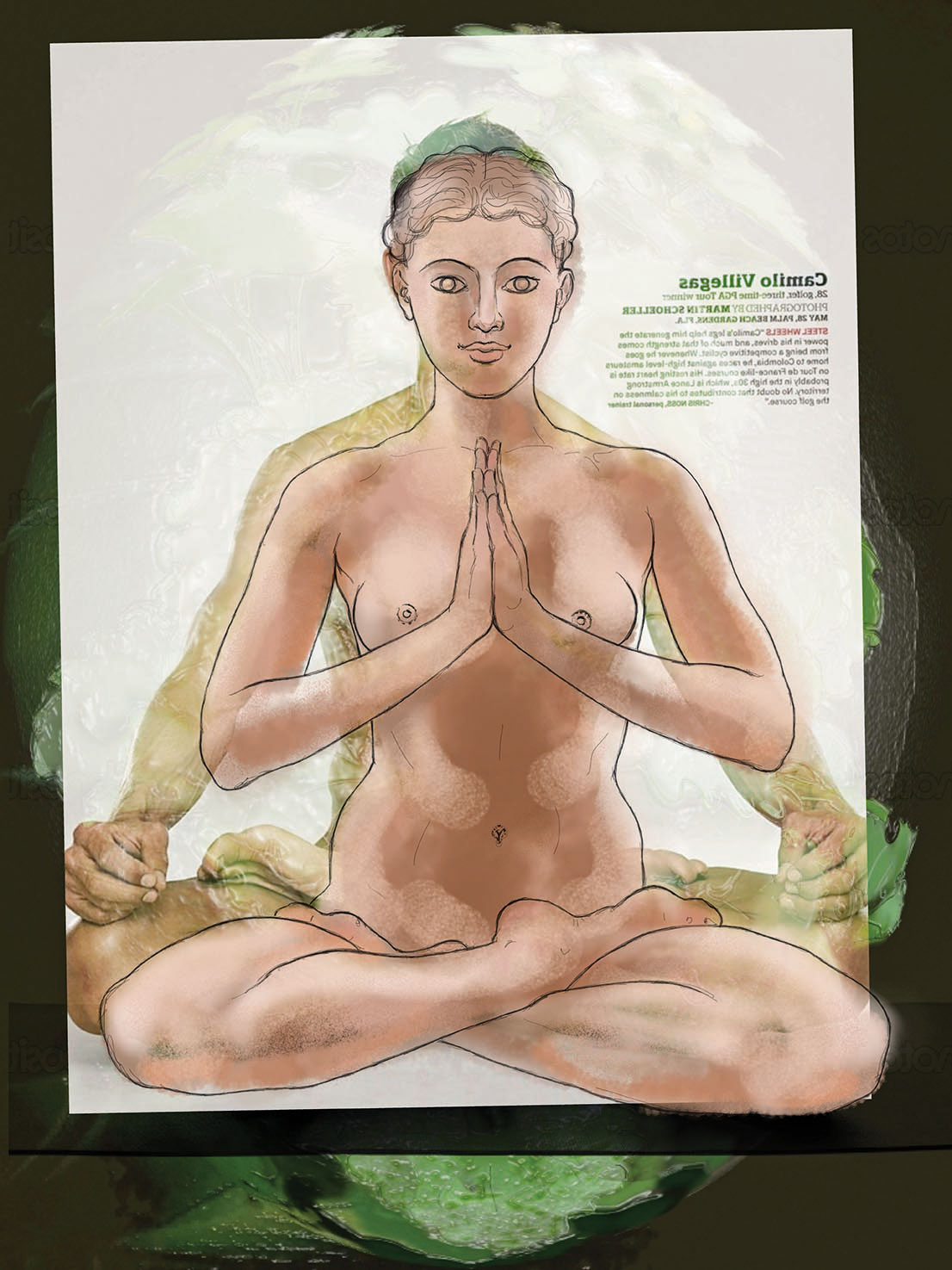 We are so bad with hybrids, yet everything stable, steady, and self­contained is uninteresting.

Exhibitions are becoming an impossible format because they continue to premise these inherited institutional and cognitive settings. This is not only because of the public’s power to trespass on the private but also because these etymological apparatuses block the imagination from creating new forms. We are so bad with hybrids, yet everything stable, steady, and self-contained is uninteresting, stopping the flow and travel of thoughts through bacteria as well as the possibility for the senses to become brain. We invest so much money in technology, yet we fear deskilling through machines and software just as much as we desire it. Dreaming of enhancement through artificial life is all still very much part of the modern system, while the true merging of two entities has nothing to do with one entity becoming a tool for the other or one suffering because of the other. As I alluded to above, cynics despise speculative thinking, which has only one goal: to explore hybrids. The hybrid is often confused with the parasite, a condition that plenty of philosophers have analyzed out of fear that the future is about us suffering under ourselves. This is probably also why it’s difficult for us to think about new forms of production.

At an art exhibition we expect an art exhibition. We have seen so many interdisciplinary forms, collaborations, and syntheses, yet we remain skeptical of polymorphisms. We’ve said so many times before that there are no hierarchies of knowledge, but this is not true. Nothing is feared more in the art world than being embarrassed by that which is “allowed” to enter its whole epistemological apparatus. Some still see such “things” as trends . . . trends! It took ages to digest the fact that those without a formal education can create art and thousands of years to allow these “things” of different orders and cultures to get near to the point of sharing the status of the art we learn to produce. We have such a problem with the coexistence of codes and the intermingling of orders that it takes centuries to accept alterations. 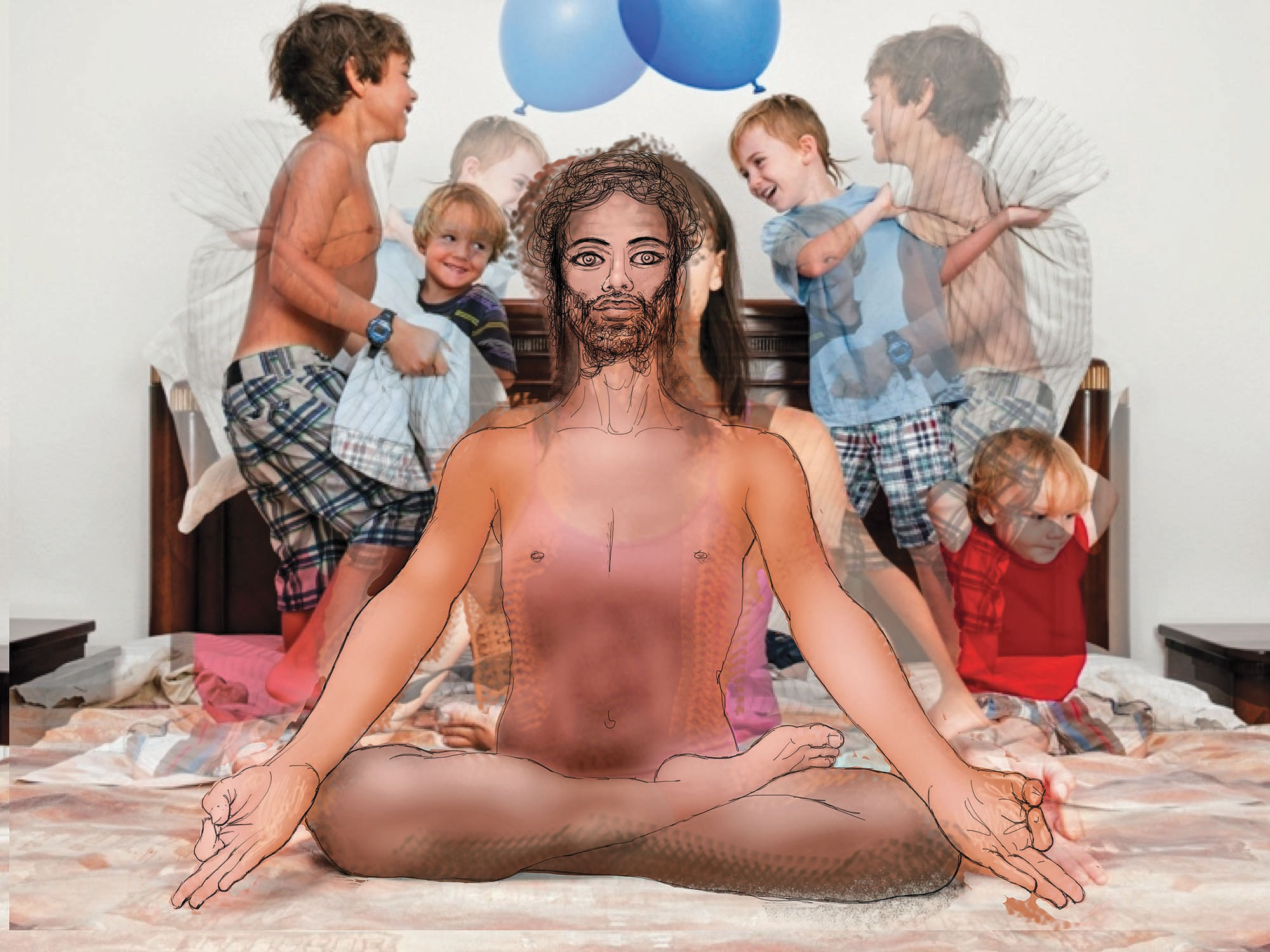 In 1988 philosopher Vilém Flusser visited the Ars Electronica festival in Osnabrück, Germany. He gave an interesting interview for the occasion, in which he tells simply how words cannot describe the world anymore. Flusser explains how the alphabet was not only a radical invention that—more than 3,500 years ago—provided a code to describe reality; it was also the genesis of our notion of “historical time.” The line of the text and the timeline are analogous, and over centuries the logic of reading became the logic of the sequence of events. We are, says Flusser, in a revolution of thinking and communication, since neither text nor image alone can sufficiently describe reality. The “new” reality, or time, so to speak, needs a language that measures as well as maps, describes as well as depicts. There is no single language, discipline, or realm of knowledge that alone can handle the task of dealing with the world. Information technologies, he continues, have tried for years to produce synthetic codes that help us to define the tools of the near future.

After Flusser, I would say that one of the main tasks of art today is to teach the nature of this new time and to develop the capacity to grasp its multiplication of synthetic realities. In the interview Flusser mentions very few positive examples of formulating the “good practice” of such a task. We should therefore first address the complex architecture of today’s forms of knowledge. 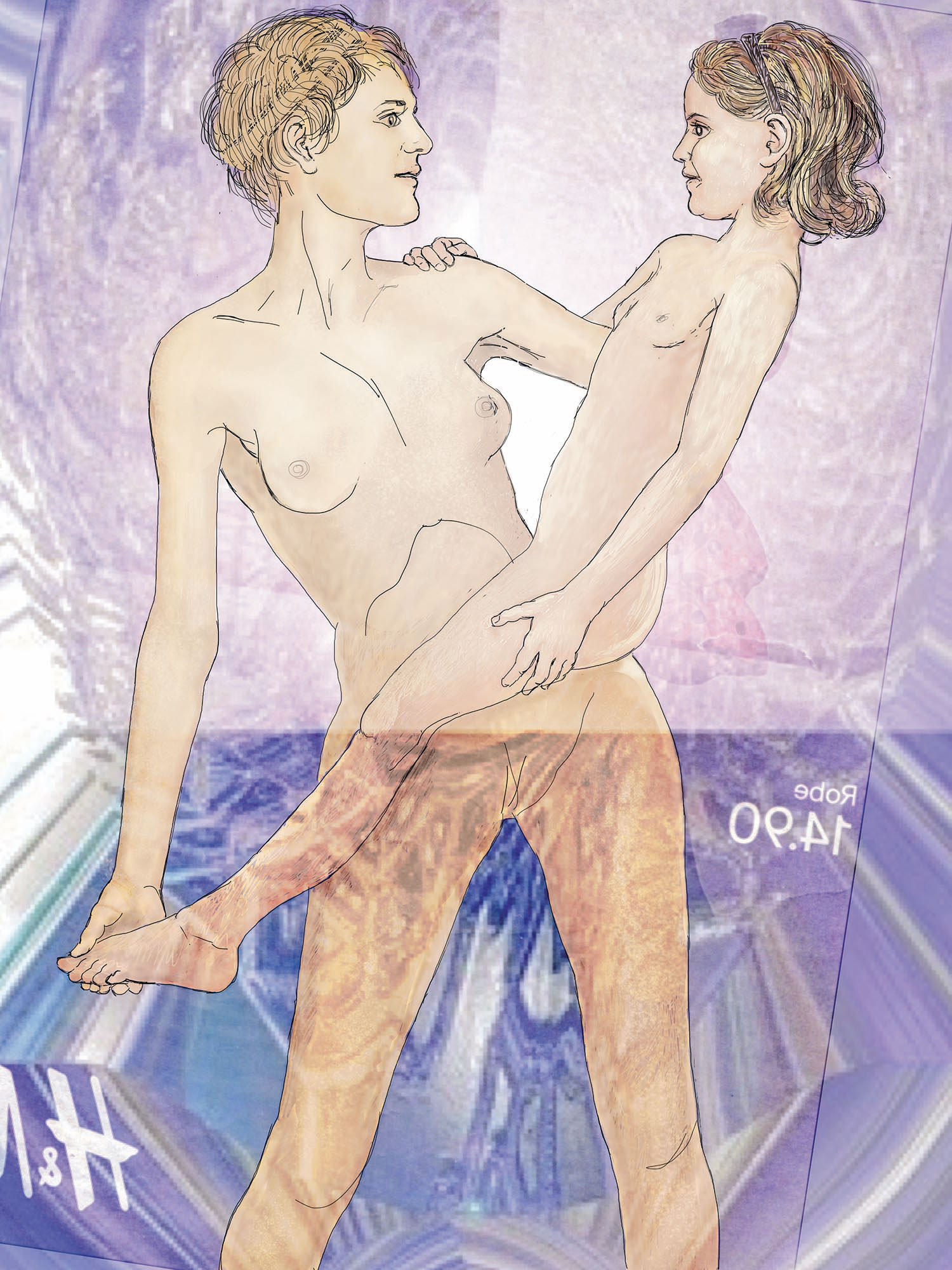 Within the spatial parameters of the white cube, one could say the exhibition is designed as a book. And, as Flusser further mentions, it is the book we need to leave behind; that is, the linearity of art’s presentation and explanation, its inside/outside logic.

If any structure has been dealing with practice and production, on the one hand, and an intense respect for the line and historical time, on the other, it is exhibition-making. Within the spatial parameters of the white cube, one could say the exhibition is designed as a book. And, as Flusser further mentions, it is the book we need to leave behind; that is, the linearity of art’s presentation and explanation, its inside/outside logic. This is, of course, very difficult, as it demands a completely new trust both in ways of making as well as in the discovery and performance of space under these different premises. The current interest in different types of exhibitions—from fair presentations to the innumerable postures of art inside and outside the frames of institutions to exhibitions of science and natural history—reflects a need unfulfilled in terms of figuring out how to deformalize the production, presentation, and reception of art. More than an “after form,” our time demands a graspable method for an “un-form.” It is known that we need to collapse the core premise of “aesthetics”—the distance that separates art from institutions, viewers, and artists themselves. However, this implies a nearness, or unprecedented fusion, of substances having remained apart for so long that it would demand new organs; that is, a whole new theory of the relevance of senses in an epistemology to come. It is for this reason that I believe in both a return to experimental conditions as well as an abandonment of the “middle class” as the universal receiver of our acts. The first is easy to name yet very difficult to put in place, because we are more interested in defining the steps that lead to results than the educts, the forces that motivate the experiment and make it possible. I think art should be the place for the continuous effort that creates these experimental conditions. And I am also positive that “presenting”— curating, if you will, with all its cuteness and horrors and rigor and humbleness—is the right way to challenge the “book” presentation. Facing the hybrid is a great first step towards change. 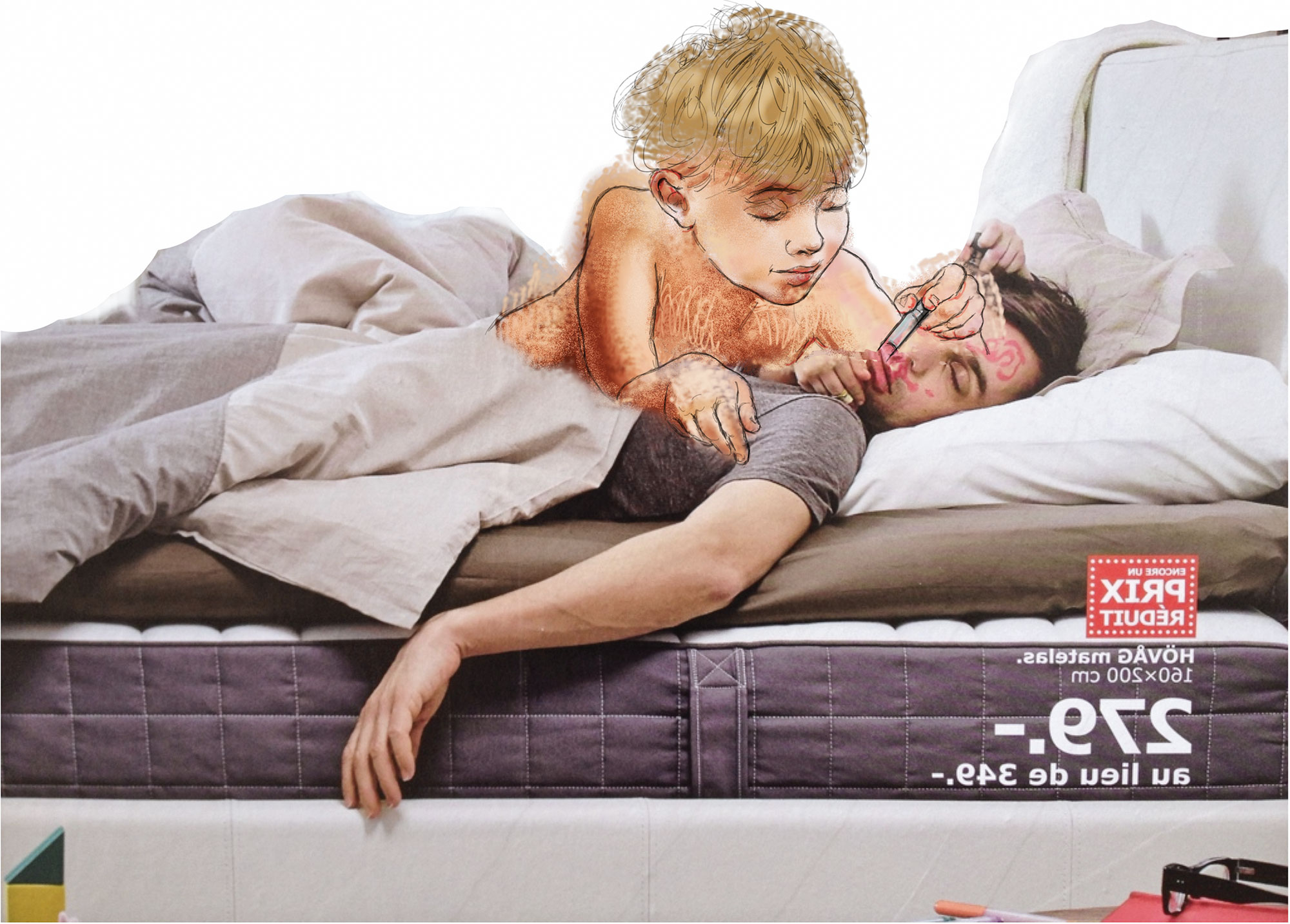 The second premise—the abandonment of the middle class—is a little bit more polemic yet even more necessary than the first. Do not understand abandonment as disregard, or a lack of love. Rather the contrary, it is the heavy weight that democracy has placed on the “middle,” on the citizens, that we need to lighten. This implies the development of projects that actively look to a different kind of relationship between society and art other than one of legitimation. Lately I have been thinking about two possible methods that could be put in place. One is to more actively engage educational facilities—labs, campuses, and centers—that serve society with no expectation of a direct consensus between an activity and its reception. The second method is to develop projects with artists and cultural agents that will use the given structures to work together with the youth and children, who also form the social. One radical way of un-forming our inherited institutional structures will be to challenge them with radically different uses and to inhabit them with working methods that are unprecedented but that may turn our models of exhibiting and participating in the production of culture into more productive ground.

It has been said over and over that we should not expect a conventional exhibition. Does this attempt to excuse the process or tempo of the works, which may not coincide with your time or your visit? The unconventionality that appears again and again in press texts refers to materials that are actually too slow or too conceptual to fulfill the expectations of the senses, which are not defied in any way. By announcing that the exhibition format is over, we renew its importance. It is only boldness and a weird, surreal emergence of production that can collapse the format. Only by showing the work of the “wrong” ones can we produce a truly speculative exercise.

It is a funny coincidence that the etymology of the word cynic— kunikos—means dog and that the main posture in yoga is the “downward- facing dog.”

CHUS MARTíNEZ was born in Spain and has a back ground in philosophy and art history. She was Chief Curator at El Mus eo del Barrio, New York; dOCUMENTA (13) Head of Department and Member of Core Agent Group; at MACBA, Barcelona (2008 – 11); Director of the Frankfurter Kunstverein (2005 – 08); and Artistic Director of Sala Rekalde, Bilbao (2002 – 05). For the 56th Venice Biennale (2015), Martínez curated the National Pavilion of Catalonia and for the 51st edition the Cyprus National Pavilion (2005). Martínez lectures regularly and has written numerous catalogue texts and critical essays. She is a regular contributor to Artforum, among other international journals. Currently Chus Martínez is the Head o f the Institute of Art of the FHNW Academy of Arts and Design in Basel, Switzerland.