The Construction of Unpredictability 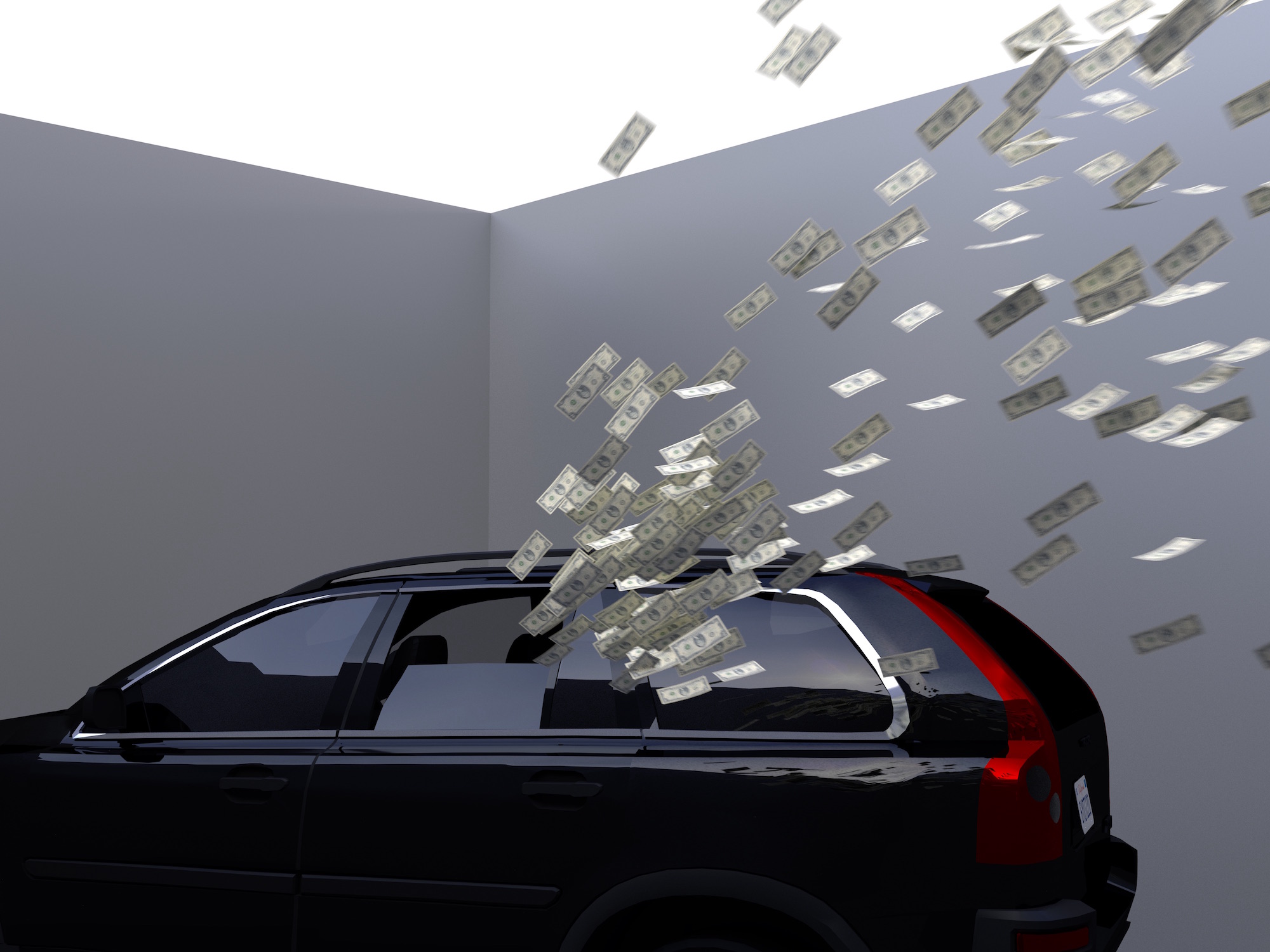 In its classical form, capitalism sacrificed the present to the construction of the future, reinvesting current profits to produce more future incomes. Finance instead uses the future in the present: in speculation you spend the money you expect to own in the future today. But the more we try to anticipate the future the more unknowable it becomes. The present imposes a form that it does not control and cannot predict on the future. We can only predict surprise – a prediction that is confirmed in each new unpredictable present.

Modern society defines itself in relation to time—explicitly in German, in which the expression for modernity is Neuzeit, literally meaning “new time.” Modernity is the time of the new, the search for and the construction of a future about which—as Reinhart Koselleck shows—we only know that it will be different from the present and the past; and this is all that the past can teach us.1

The continuity between the past and the future of traditional societies, implicit in the idea of “historia magistra vitae”—and indirectly in the assumption of an ultimate general order ruling the (past, present, and future) universe—is now broken. Knowing the past continues to be useful in preparing for the future, but in the sense of discontinuity, not continuity. The future will be new, hence unknowable today, and the order of time—if it can still be called an order—becomes much more articulated and complex.

Knowing the past continues to be useful to prepare for the future, but in the sense of discontinuity, not continuity.

Modern time is characterized by this tension towards the future, towards design and planning—exemplified primarily by the logic of capitalism—which can be seen as a programmatic sacrifice of the present to the future. The profit of the capitalist is not—like the wealth of the rentier—the result of a position consolidated in the past, which is maintained, reproduced, or consumed.2 The wealth of the capitalist comes from a dynamic process of production and circulation of goods, addressed primarily to the construction of the future. Profit is of course necessary, even more necessary than ever before, in order to define the social (and according to Weber also moral) position of the entrepreneur, but the reference is no longer the past, nor is it the present. In the classical model of capitalism, wealth is not enjoyed by spending money for personal pleasure or for the care of one’s own image in conspicuous consumption. The capitalist does not live opulently; he has strong moral rectitude and works a lot. The goal is the continuous development of the firm. Therefore profit must be achieved in order to be immediately reinvested to produce more future profits, which will in turn be reinvested. The meaning of the present is related to the future it promises to produce.

If this is the temporal frame of modernity, associated in our project with the idea of contemporary, what can it mean here to adopt a post-contemporary perspective? And how do the transformations of capitalism affect the sense of modernity and contemporaneity?

The starting point can be the realization that a different attitude with respect to time is emerging today, symbolized primarily by the transition from pure capitalist logic to financial logic.3 The core of financial economy, as we know, is not production but credit, and credit implements a very different relationship with the future. It is no longer the present that is sacrificed for the future, but the future that is used in the present.

Working with credit is to exploit in the present the openness of the future: the one who borrows money commits their future in ensuring the return, but can already in the present enjoy the wealth they expect to earn. Tomorrow, I will have to pay the loan installments, but today I get the money, and if I make judicious use of it, I can get profits that will enable me to repay the debt and have other revenues. I constrain my future today in order to build a better future, which would not have occurred if I didn’t act on it, unfolding the circularity of the open future, which here reveals its virtuous side.

Finance starts from this but multiplies and stresses the present use of the future with loans, securities, bonds, and then with the increasingly intransparent tools of structured finance, which use elaborate models to push reflectivity to hyperbolic levels. The use of the future is itself sold and bought, and then sold again in practices like securitizations. The future is built and bound in more and more complex ways, which make more and more wealth available to operators, generating the astonishing figures that circulate in the “virtual” financial markets of our society—an exasperated and progressively uncontrolled action on the future.

But is this already a post-contemporary attitude? One could rather think about a certain hyper-contemporaneity, the development of and emphasis on the orientation toward the future as already implicit in modern semantics. In the financial models’ projection of scenarios, the present incorporates the future—its own future, built with its own actions and its own expectations. It is basically the same attitude that can be observed in the artistic avant-garde, even if purified of its critical intent: the perspective of the one who places themselves “further ahead” of the present, in the future (or in the futures) that they anticipate and can imagine.

But is the logic of finance really the underlying logic of the society we live in? Or can the label of the post-contemporary be used to denote a different temporal attitude, the traces of which can already be glimpsed?

Our society, as Ulrich Beck said thirty years ago, is no longer (or not primarily) a capitalist society but a risk society, and risk assumes a more contingent and indeterminate relationship with the future.5

The future of risk is a present to come that depends on today’s expectations and choices—not because it confirms them, but because it deviates from them.6 This is the difference between the logic of risk and the projection of scenarios in finance: the awareness that even if we plan the future—and the more we plan it—when the future comes about, it will be different from what we expected, remaining fundamentally unpredictable. 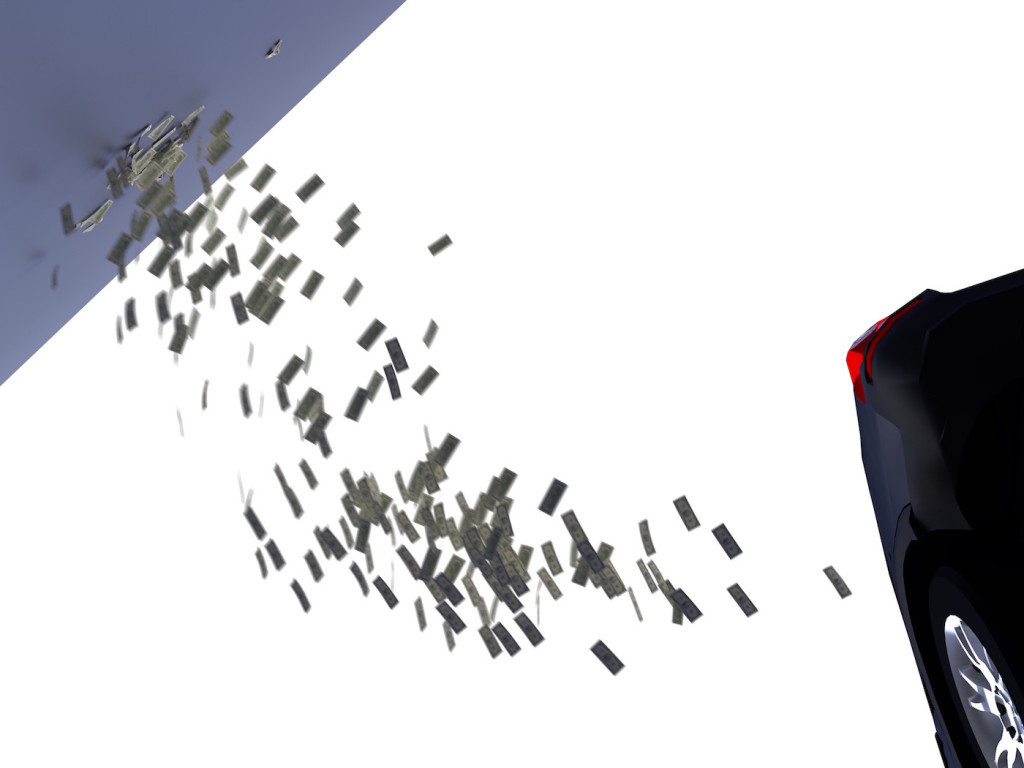 Compared to the “defuturized” future of the avant-gardes and planning, the future of risk society is open because it is continuously re-opened as a consequence of our attempts to predict it.7 It is not the “present future” (the horizon of future that we can imagine today on the basis of available information or statistical models) but the “future present” (a present that does not yet exist but will become real later, in part as a result of today’s actions and decisions). No one can locate themselves in the future present, “ahead” of today and its constraints, because the future present does not yet exist and remains unpredictable. It is the future in the past of which there is today’s present with our present future and all our attempts to anticipate it.

This circularity is the blind spot of finance and its logic, as shown by the crisis triggered by structured finance: financial models can predict all possible future courses of the markets, except the future of finance led by models—which is the only future that later actually comes about.8

A post-contemporary attitude (and maybe post-contemporary art) could reflect this condition: a second-order openness of a future that is more and more unknowable the more one tries to anticipate it and succeeds in influencing it—placing oneself ahead of it (as the avant-gardes), or using it in the present (as finance). The post-contemporary condition could be the one of a present facing the openness of a future that is unknowable and indeterminate, not because it is independent from us, from our actions and our expectations, but precisely because it is constructed by the (contemporary) present and would not come about without our intervention. If we did nothing and expected nothing, the future would be different—even if it will not happen as we expect it today.

Not by chance, today’s art in its most innovative forms almost always presents some elements of performativity—using this circularity as an asset and not as a problem. In installations and performances, or even in the space management of museums like (paradigmatically) the DIA in Beacon9, the artwork is produced each time in a new way, in every interaction with the viewer. The artistic effect is always different and radically unpredictable—but not because it is free from constraints. Quite the opposite is true: the effect could not be produced without the constraints imposed by the configuration of experience and by the artistic space. The present imposes on the future a form that it does not control and cannot predict. It only predicts surprise—a prediction that is confirmed in each new unpredictable present.

1 Reinhart Koselleck, Futures Past: On the Semantics of Historical Time [German 1979], trans. Keith Tribe (New York: Columbia University Press, 2004).
2 Karl Marx, Economic-Political Manuscripts of 1844, trans. Gregor Benton [available at: https://www.marxists.org/archive/marx/works/1844/epm/index.htm].
3 According to some observers, this curiously seems to return to a form of “rentier capitalism,” where the produced wealth again takes the form of income from property—but from property of money, which generates interest, rents, dividends, or capital gains.
4 See Jacques Le Goff, Your Money or Your Life: Economy and Money in the Middle Ages [French 1986], trans. Patricia Ranum (Cambridge, MA: Harvard University Press). The lender gets a profit lending his money, but without producing or providing anything—except the time elapsing until the moment the money is returned. The lender actually sells time, but time (it was argued) belongs to God, who gave it to men for free in order to use it, not to sell it and get a profit.
5 Ulrich Beck, Risk Society: Towards a New Modernity, trans. Mark Ritter (London: SAGE, 1992).
6 Niklas Luhmann, Risk: A Sociological Theory, trans. Rhodes Barett (1991, Soziologie des Risikos. Berlin-New York: de Gruyter, 1993).
7 Niklas Luhmann, “The Future Cannot Begin: Temporal Structures in Modern Society,” Social Research, Volume 43, Number 1, Spring 1976: pp.130-152.
8 See Elena Esposito 2011, The Future of Futures. The Time of Money in Financing and Society. (Cheltenham: Edward Elgar, 2011). On the “blind spot,” see Heinz von Foerster, Observing Systems (Seaside, CA: Intersystems Publications, 1981).
9 http://www.diaart.org/sites/main/beacon 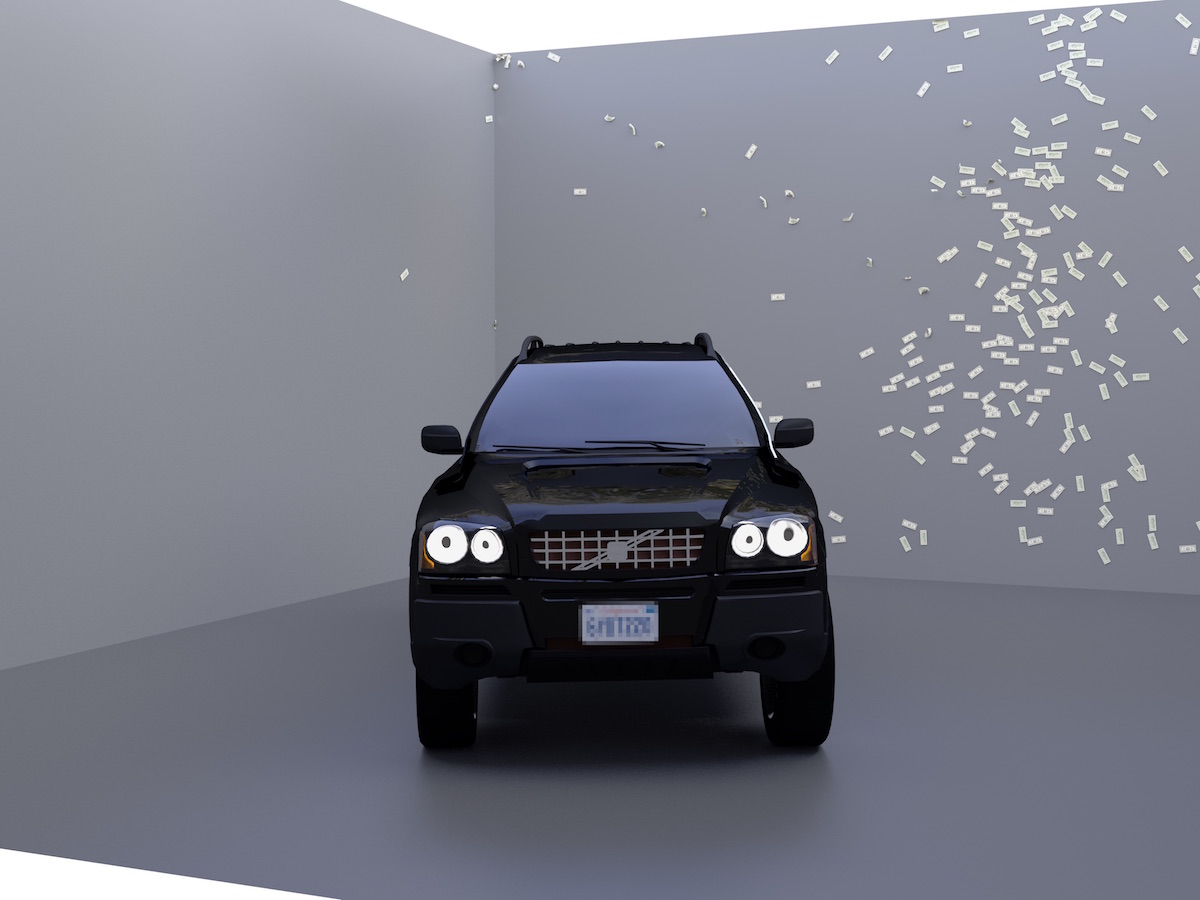 The German version of this text is part of the book Der Zeitkomplex. Postcontemporary edited by Armen Avanessian and Suhail Malik.

ELENA ESPOSITO teaches Sociology of Communication at the University of Modena-Reggio Emilia (I). She works with the theory of social systems, especially on issues related to the social management of time such as the use of time in finance. Her current research projects focus on the possibility and forms of forgetting on the web, sociology of algorithms and on the proliferation of rankings and ratings for the management of information.

IMAGES: Sascha Pohflepp and Chris Woebken, A History of Speculation (2012).