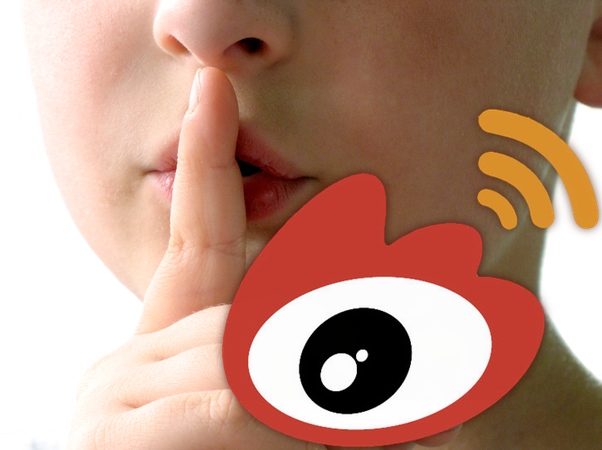 Armen Avanessian and Suhail Malik: Your anthropological research pays close attention to specific emerging and inventive configurations of globally-constituted modernization, particularly in East Asia and its diaspora. Throughout this work you identity many ways in which “things that used to be fused together—identity, entitlement, territoriality, and nationality—are being taken apart and realigned in innovative relationships and spaces by neoliberal technologies and sovereign exceptions.”1 Furthermore, this re-assemblage not only takes place in the social, technical, economic, and cultural dimensions to which you draw attention, but it also requires a continual reordering of critical, theoretical, and political schematics.2

Any appeal to a simple or self-consistent agent of modernization—such as “borderless capital,” the “nation-state,” “transnational humanitarianism,” or even “history” as a unified and coherent narrative—is now untenable. Each is but an idealized misrepresentation of complex knots of more tangible forces and influences. On the one hand, you criticize the conventional response of post-colonial approaches to the rigidity of universalist thinking and the binary structures of East-West divisions—for example, the emphasis on the irreducible particularity of local customs and worldviews or on letting the subaltern speak—because such approaches “unwittingly reinscribe the binarism of a global North and South and view new spaces of global encounter subsumed within a hegemonic world system”. On the other hand, you also reject one of the mainstays of current political theory, that we are now in a condition of “post-sovereign multilateral governance across the world.”

Instead of the universalism of European modernism or the resistant localism characteristic of post-colonialism, you instead advocate an approach attentive to “complex transnational dynamics.” What are the key features of such an approach?

Aihwa Ong: Following Max Weber, I consider the modern/universal as rational forms and modes of reasoning that originally emerged in western Europe. “Global forms” (modern knowledges, technologies, institutions, and practices) are “universalizable,” or capable of being disembedded from and reembedded in a variety of politico-cultural environments, thus enmeshing the world in forms of thinking, action, and organization that are independent of inherited “culture.” In heterogeneous contexts, situated politics and ethics (“culture”) mediate and repurpose global forms in order to address their problems in context. Contingent interrelationships between technology, politicsm and culture, I have argued, crystalize particular milieus for solving anthropological problems, or issues of life, living, and sustainability that are central to what it means to be modern.

Armen Avanessian and Suhail Malik: What sense of “the global” is at work for you, if it is neither that of a “hegemonic world system” nor a conglomeration of localisms?

Aihwa Ong: With Stephen J. Collier, I propose a “global assemblage” concept for framing particular globalized milieus emerging out of complex mediations between global forms and situated political and ethical forces.3 The global condition is indexed by global forms becoming entangled with existing political and ethical institutions and values. My approach explores the constitution of global milieus that are at once “global” and “particular.”

Armen Avanessian and Suhail Malik: What are the benefits of rejecting post-colonialism as the account of rapidly modernizing Asian economies—both for such states and also in terms of how they are historicized within and beyond the region? Do you think that the current configurations of East Asian modernization present viable alternative models to the small-state/large-corporation composition of modernization that has been typical of the West since the 1990s?

Aihwa Ong: My approach circumvents the epoch-marking approach (e.g. post-colonialism), because a simple temporal frame does not capture empirical variations among globalized environments being constituted by lateral flows in Asia and elsewhere. Conventional categories—capitalism, modernization, the state, post-coloniality—are generic frameworks that need to be unpacked by the analyst, so that she can track how related aspects of such phenomena are complexly mediated in particular contexts of investigation. In other words, the space of inquiry should analyze the disparate elements that come together to constitute a milieu and the situated forms of intervention and problem-solving therein. Through the lens of assemblage, the analyst identifies how global forms assimilate themselves into a particular environment by interacting with political infrastructures and ethical regimes that modify conditions for solving “global” problems.

Instead of relying on a stable or unified notion of “the state,” my approach investigates the dynamic interactions between disparate institutions and actors that create conditions of possibility for solving problems of governing, growth, and security.

The point is not to come up with models of modernization but to grasp how, in each context, actual strategies of governing deploy a specific combination of technologies of power, material forms, and institutional structures, or a “topology of power.”4

Instead of relying on a stable or unified notion of “the state,” my approach investigates the dynamic interactions between disparate institutions and actors that create conditions of possibility for solving problems of governing, growth, and security. For instance, by studying the situated deployment of strategies, I illuminate the (re)combination of rational and interpretive practices that shapes an emerging space of problem-solving. My focus is on how governing strategies—variously informed by logics of “neoliberalism,” ethical-religious legitimation, political authoritarianism, and so on—target problems of life and living and seek to resolve them within situated circumstances created by encounters with global forces.

The concept of “assemblage” configures a space of inquiry that brings analytical and reflexive precision to our investigation of novel contexts of change. By identifying the specific interaction of disparate variables—global and situated—in a particular site, we account for the crystallization of conditions of possibility within which reflexive practices are exercised. The goal is to investigate how a particular correlation of technologies, institutions, and material resources constitutes a space of intervention that is simultaneously global and distinctive.

Armen Avanessian and Suhail Malik: Your most recent work examines the state-led regional promotion of biotechnologies, particularly genomics. Contrary to precepts of received critical theory that denounce such developments—typically as an extension of instrumental rationality into the dimension of human biological life and its ethical destruction, or as the extension of the control of organic life by neoliberal markets against statist biopower—you show that biotech initiatives in East Asia strategically mix state-led political-developmental development, ethnoregionalism, technoscience, and a number of affects including ethnonational pride.5 What are the consequences of this intertwining of science and local-national factors?

Aihwa Ong: In Fungible Life: Experiment in the Asian City of Life, I argue that if we understand Euro-American cosmopolitan science as regulated science, one should not assume that biomedical science in other places is merely a debased form.6 Rather, my work illuminates how, in order to become universal, cosmopolitan science must remediate situated elements, so that it can attend to an array of “global” scientific problems. What is “global” and what is “situated” is destabilized in a process of scientific remediation across the planet. In order to be universalizable, cosmopolitan science depends on this constant effort to be particular, to remediate situated elements.

I deploy the lens of “global assemblage” to frame the situated constitution of biomedical science in Biopolis, a biomedical hub in Singapore, in contrast to BGI Genomics in South China. As a global site for international scientists to access “Asian” bodies and health data, Biopolis is a case study of the particularization of cosmopolitan science. Shaped by the double helix of science and passion, the research milieu generates novel connections between anxiety and hope and between genetic fortunes and fungible values in a tropics brimming with the threat of emerging diseases.

The book covers how new-risk genomics deploys the ethnic heuristic for mapping genetic variants, disease risks, and biomarkers. A genomic origami is created by differentiating between Chinese, Indian, and Malay DNA. Singapore’s ethnic-stratified databases, which come to “represent” majority populations in Asia, are thereby made fungible. An outpost of cosmopolitan science, Biopolis is contrasted with BGI Genomics: the China-based institute is both a global biotech company and a center for rendering the nation as a cosmos of ethnic pools of genetic resources for meeting the effects of ageing and migrating populations. These modalities of biomedical entrepreneurialism emerging in Asia raise questions about the future direction of cosmopolitan science.

Overall, the study explores kinds of uncertainty that are not so easily calculated: the assembling of scientific talent; the role of bioethics in protecting research subjects and in making a biomedical platform; the nature of virtue in the globalization of science; and intra-Asian rivalry in stem cell research. It also considers preparations for inter-Asian collaborations and for dealing with infectious diseases in the future.

Armen Avanessian and Suhail Malik: The aggregate formations of biosovereign capitalism you identify would seem to index an admixture of times and temporal modalities of operatively cogent pasts (say, pre-colonial and colonial), presents (globalized state-entrepreneurialism and citizenship), and futures (biotechnically reconstructed sovereignty). How would such compound time complexes differ from the simultaneity of multiple temporalities theorized in post-colonial studies—for example, Dipesh Chakrabarty’s notions of a contemporaneity that accommodates the premodernity of the subaltern alongside the universalizing rationalism of the historiographer?7

Aihwa Ong: While I agree that contemporaneity is always a mix of multiple temporalities, I avoid the use of temporal complexes as a simple boundary-marker between European and “post-colonial” geographies. My goal is not to typify given geographies of temporalities and politics; rather, my approach investigates how ongoing projects are inescapably conditioned and enabled by playing with different time horizons. Historical legacies and cultural norms are not immutable or stable across a political space or in the minds and hands of actors, but they are taken up in multiple ways as diverse actors seek to shape the “near future” or the immediate horizon that falls within the realm of calculability.8

This implies that in our self-fashioning of an immediate future, there is an unknown or unknowable temporality beyond the near future. Niklas Luhmann argues that technological autopoeitic systems deal with incoming risks, but always in an “ecology of ignorance.”9 In Fungible Life, I investigate different science practices that enroll the selective past and anticipatory future in order to shape the present. I explore how in many projects of growth and sustainability, for instance, the invoking of “Asia” in multiple registers, is part of the dynamic work of (re)making new conditions of possibility for combating problems of biosecurity in diverse contingent time-space configurations.

Interventions into the human are experiments, and uncertainty is the inevitable condition. I approach problem-solving activities as experimental situations, and scientists no less than other experts are involved in designing the future. In my studies of biomedical research in Asia, I show that experiments necessarily engage different time registers. For instance, in preparations for emerging pandemics, scientists deal with different temporalities, from the mutability of viruses (SARS, avian flu virus, etc.) to the temporalities of nonhuman-to-human transmission, to itineraries of travel and the timing of environmental vectors. Researchers working with Asian genomics also put different temporalities into play. Stories about the ancient past gleaned from genetic data help to configure present research collaborations in anticipation of biological threats in the near future. Here, there is a projection of a new imaginary of a unified Asian past-present and potentially collective present-future in science. Like scientists engaged in other projects, geneticists mobilize myths of a shared past in order to nourish a shared scientific future, but the uncertainty remains.

AIHWA ONG is the Robert H. Lowie Distinguished Chair of Anthropology, and the Chair of the Group in Asian Studies at Berkeley, University of California. Her research interests focus on global technologies, modes of governing, technoscientific assemblages, sovereignty and citizenship in particular Asian contexts of emergence. Her latest work is titled Fungible Life: Experiment in the Asian City of Life (Duke University Press, 2016).