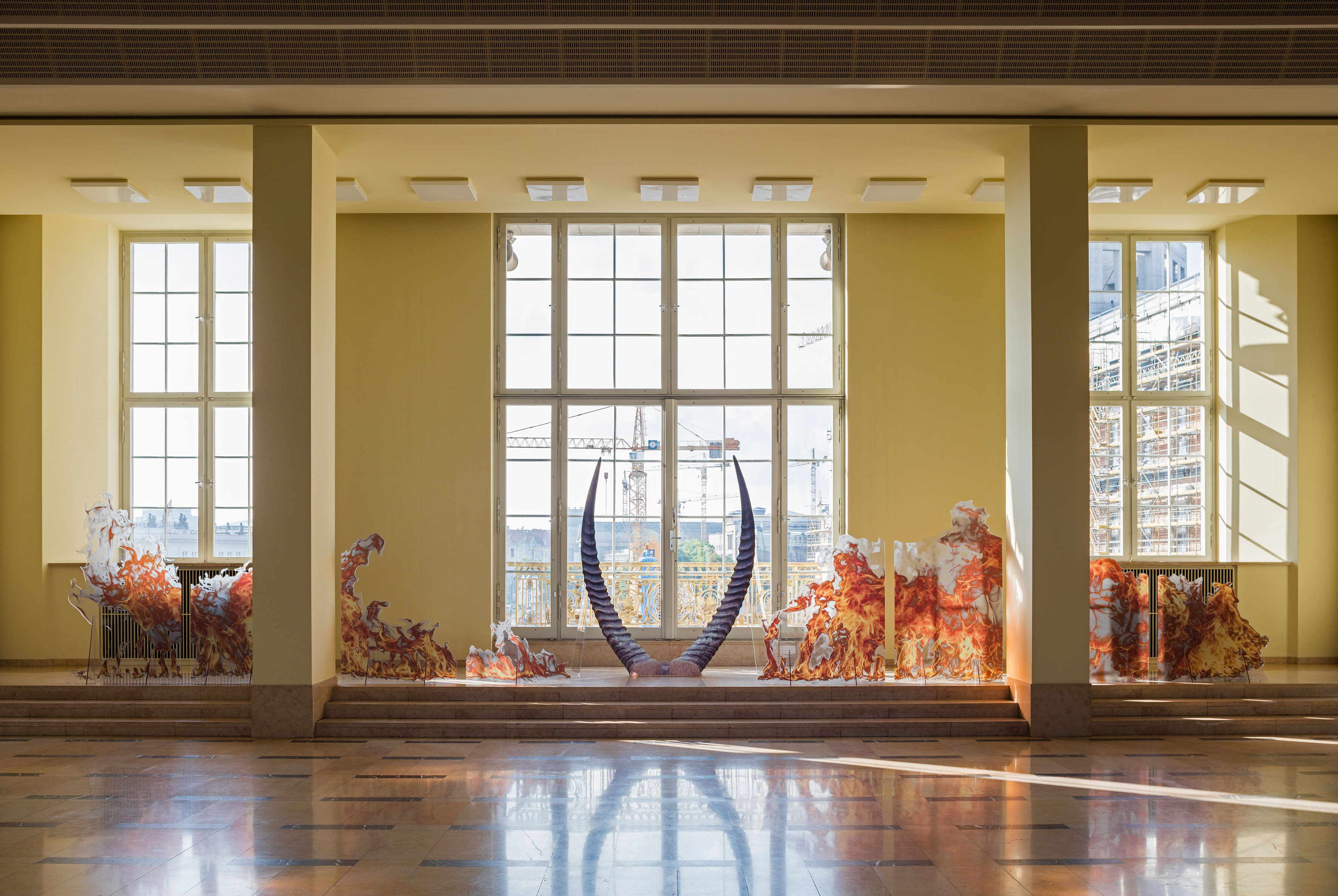 * 1984 in Tallinn, lives and works in Amsterdam

Some argue that the socio-economic models underlying contemporary “western” societies originated from the Neolithic cities of the Near East, emerging with the first systems of agricultural production, bull cults, Mother goddesses, patriarchy, and proto-Abrahamic mythologies. The cultural residue of these original structures continues to inhabit the visual language of contemporary capitalist societies (from Germany to the US) as well as the ruins of their socialist competitors from the twentieth century and other worlds colonized by the West. The spaces of worship have mutated, serving one devotion to the next (from fertility gods to royalty, collectivism, and capital), while a core logic remains the same: the obsession with growth, status, wealth, hierarchy, and fire. The installation includes three works, all a combination of images of various trophy horns printed on aluminum dibond and computer-generated images of flames printed on pet-g. The horns are both trophies and material info-graphics representing time and resources—markers of growth, decline, and entropy.. Ancient forms, they are printed on a medium of contemporary advertising and can be seen as both natural growth signifiers and stock images of an entire epoch. The flames suggest a place of worship and a ritual-like atmosphere, in which the underlying cults coexist in a continuous trajectory of time. 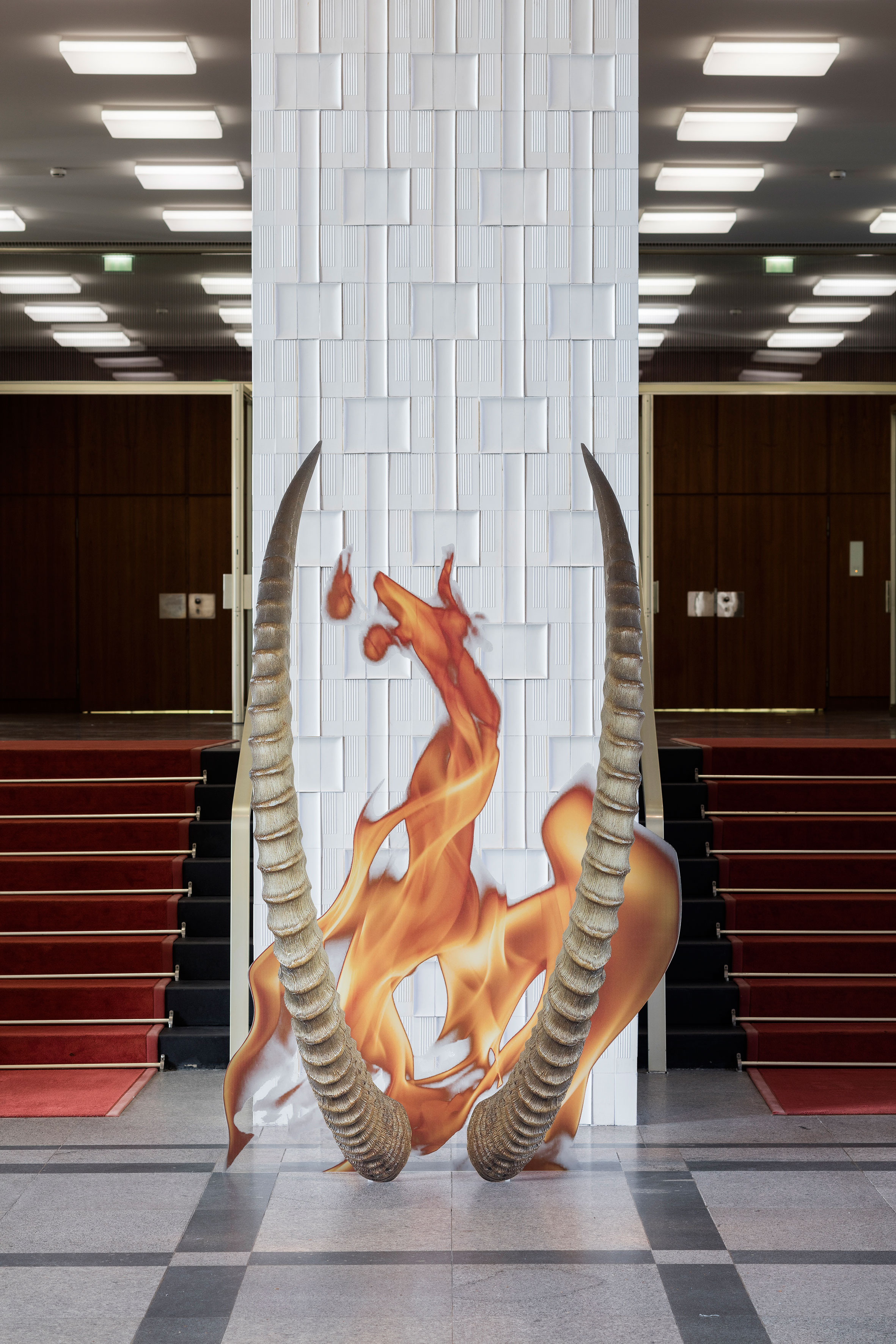 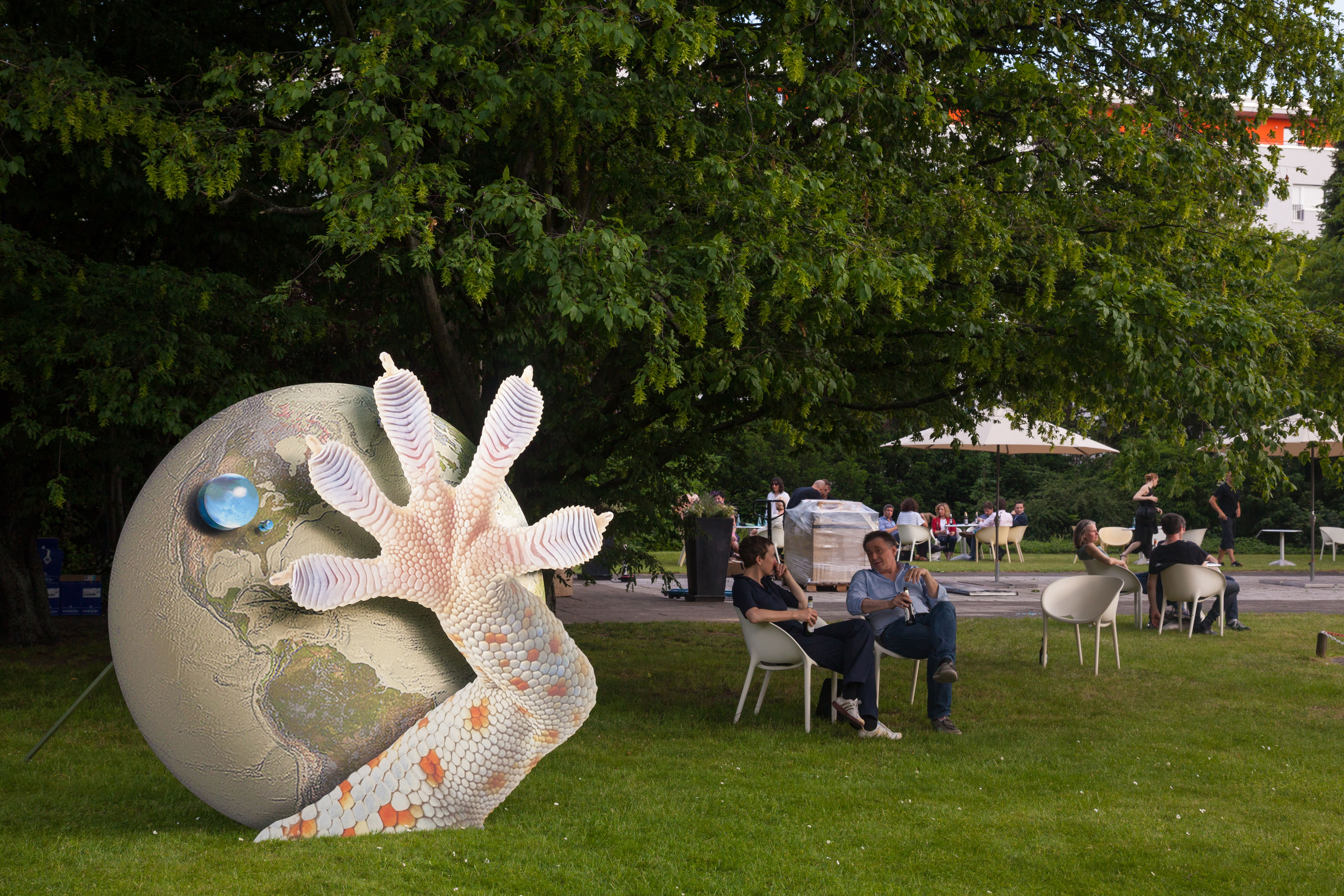 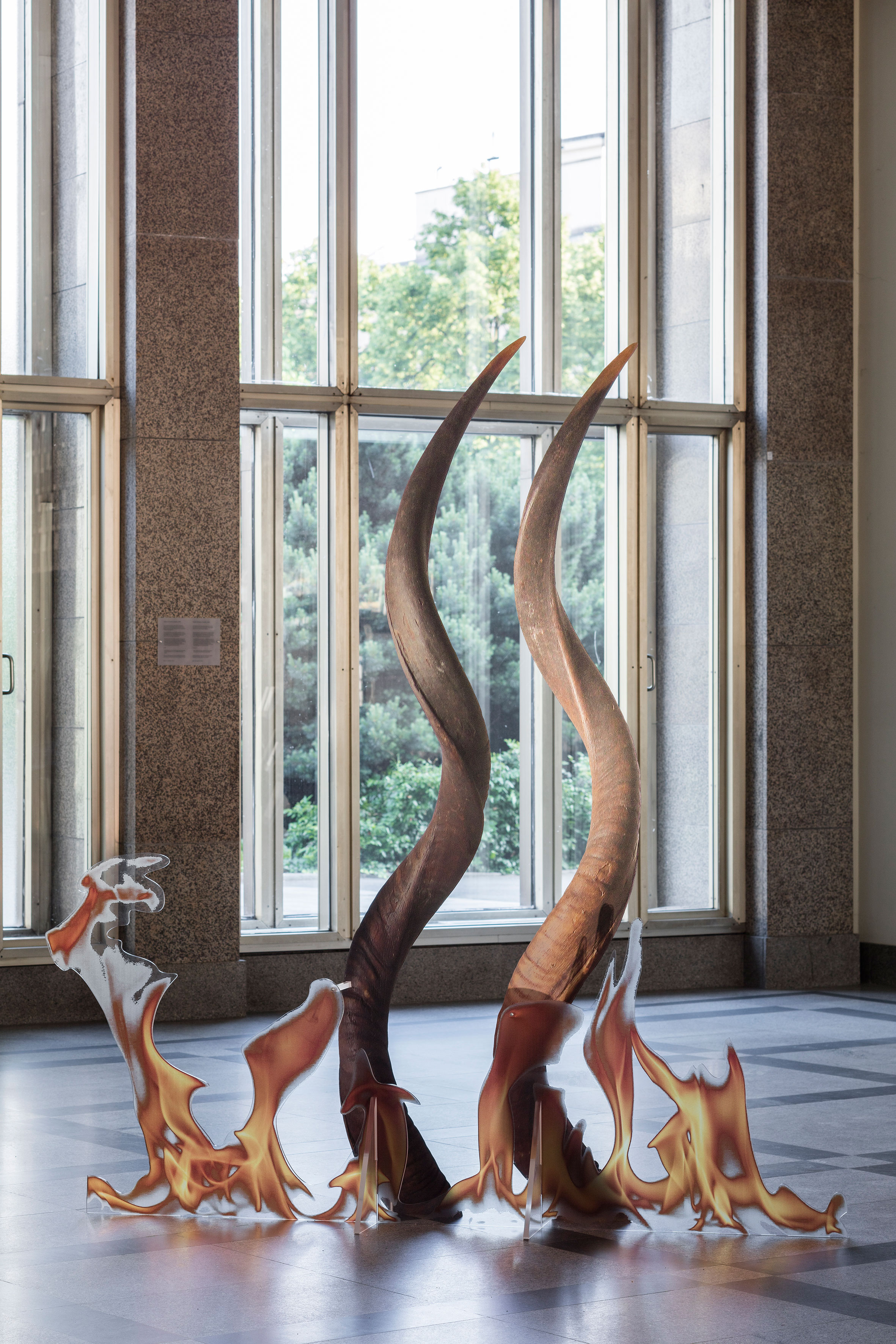